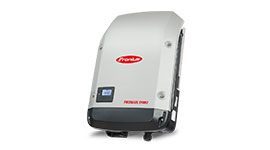 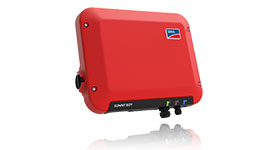 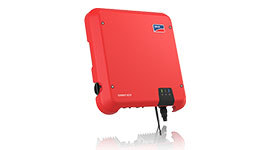 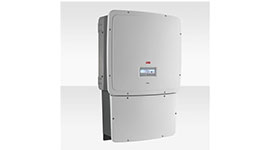 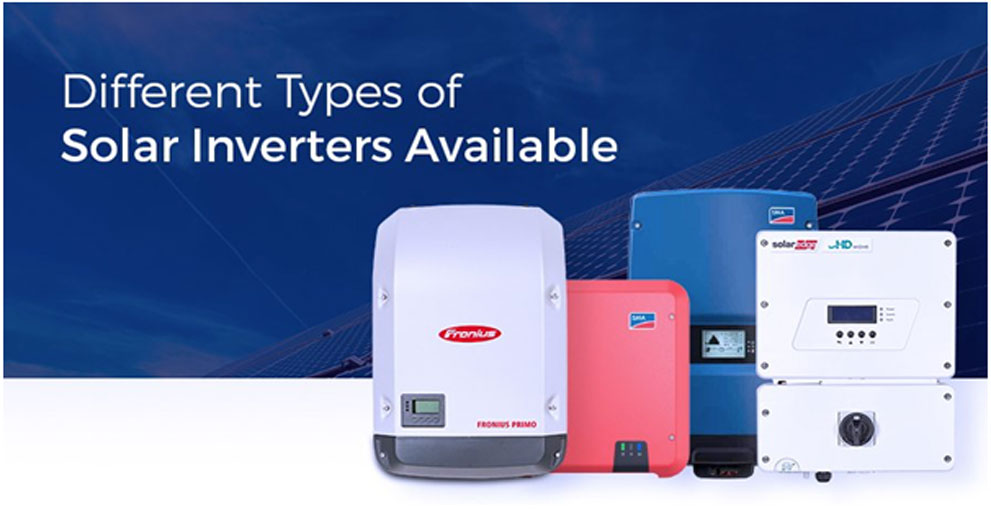 A solar inverter or PV inverter, is a type of electrical converter which converts the variable direct current (DC) output of a photovoltaic (PV) solar panel into a utility frequency alternating current (AC) that can be fed into a commercial electrical grid or used by a local, off-grid electrical network. It is a critical balance of system (BOS)–component in a photovoltaic system, allowing the use of ordinary AC-powered equipment. Solar power inverters have special functions adapted for use with photovoltaic arrays, including maximum power point tracking and anti-islanding protection.

The solar inverter is the most sophisticated part of any grid-tie solar system and should that is why it's important to use a quality inverter and mount it in a sheltered location if possible.

Due to extreme variations in humidity and temperature, it is likely that many inverters mounted outdoors will experience a fault at some point during their lifetime. However, the life of a solar inverter can be significantly increased by locating it inside a garage, under a carport and out of direct sunlight.

A common grid-connected solar system - DC power from a string of solar panels is converted to AC power by the solar inverter which can be used either by the home appliances or fed into the electricity grid.

Solar panels can also develop problems over time which can result in poor performance, but unlike a faulty inverter this will generally not result in complete system shutdown. With this in mind, it is worthwhile paying the additional cost for a reputable manufacturer (one which has been in good business standing for 5+ years and with extended warranties if available.

This review is focused on 'string' solar inverters which use a string of solar panels linked together in series. String inverters are the most common type of inverter used in Europe, Australia, & Asia, and growing in popularity in the US where micro inverters are very popular.

The new generation hybrid or battery ready inverters combine a solar and battery inverter together in one simple unit. These inverters are becoming more competitive against solar inverters as hybrid inverter technology advances and batteries become cheaper and more appealing. See our detailed hybrid/off-grid inverter review.

Micro inverters, also known as micros are very small solar inverters attached directly to individual solar panels. Since each micro inverter and panel operate independently, they are a great option for complex roof layouts and locations with shading issues. Despite the slightly higher cost, micros are very popular in North America due to Enphase’s strong presence and the many advantages they offer over string inverters.

The following criteria were used to determine the best solar string inverters available on the market, together with continuous feedback from solar installers and industry specialists. Note, this comparison is focused on the common grid-tie solar 'string' inverters (single-phase), although the larger commercial 3-phase inverters from the same manufacturers are equally well regarded.